It may be the ultimate in relaxation, but massage therapy benefits extend well beyond stress relief. In fact, research has shown massage to have positive effects on everything from sciatica pain and sleep apnea to tinnitus and heart disease. Is it time to add anxiety to the list?

Anxiety is more than occasionally feeling anxious. Generalized anxiety disorder is a mental health disorder that affects 6.8 million Americans, women twice as often as men. It usually develops gradually but can manifest at any age, commonly between childhood and middle age. Risk factors, according to the National Institute of Mental Health, include:

People with anxiety worry excessively and persistently about any number of things — money, health, family, work and more. It’s generally diagnosed when a person reports being preoccupied with worry on more days than not. Other symptoms include:

Anxiety can range from mild to debilitating and may prevent those affected from enjoying social situations, pursuing work advancements, traveling or trying in new experiences.

Anxiety is often treated with cognitive behavioral therapy, medication or a combination of the two. But alternative therapies are increasingly being considered for treating anxiety, and massage is proving effective.

The Mayo Clinic reports a 60-minute massage can lower cortisol, the stress hormone, by up to 30 percent after just one session.

A study published in the journal Depression and Anxiety found participants who received regular massage therapy for 12 weeks had a 50 percent reduction in anxiety symptoms. And the benefits weren’t short-lived either. Symptom reduction remained at 50 percent at the 26-week mark even after the therapy had ended.

In addition to its calming effects, massage therapy can help alleviate the symptoms of anxiety, including muscle tension and sleep disturbances. Experts recommend going in with an open mind and not talking or thinking about any sources of worry during the massage.

Don’t worry about not worrying, though, either. Instead, be prepared to test out some visualization techniques such as picturing yourself in a beautiful place, imagining yourself being completely relaxed or focusing on the areas of the body being worked on and envisioning the toxins being released. And remember, while you may experience immediate benefits, it will likely take several sessions to start seeing a lasting difference in your anxiety.

Other treatments for anxiety

Massage therapy for anxiety might be the most enjoyable treatment option, but your doctor may recommend other options as well.

This is a type of psychotherapy that can help you learn different ways of thinking, behaving or reacting to anxiety-inducing situations. Part of your treatment plan may include exposure therapy that involves confronting fearful situations, which is particularly effective in people who have a social anxiety disorder. Cognitive behavioral therapy can be conducted individually or in a small group setting.

Support groups allow participants to share their feelings and learn from one another’s experiences. Online support groups can be helpful, but be cautious of negative threads and misinformation. Whether in person or online, look for a group that’s moderated by a licensed therapist.

Techniques, such as eating a healthy diet, exercising regularly and avoiding caffeine and illicit drugs are also recommended. Even certain cold medications have been found to exacerbate anxiety symptoms, so check with your doctor or pharmacist before taking anything new.

Medication is often used at the start of anxiety treatment to help get symptoms under control, in conjunction with cognitive behavioral therapy or when other treatments fail. Prescriptions commonly used to treat anxiety include anti-depressants, anti-anxiety medications, and beta-blockers.

Acupuncture for anxiety has shown promising results in several studies, according to a review published in the journal Medical Acupuncture. One study suggests the practice helps the body regulate its fight or flight response, a key component of anxiety disorder.

It’s increasingly gaining notoriety as an effective part of an anxiety treatment plan. A German survey showed a 30 percent self-reported reduction in anxiety symptoms after participants took two classes per week for three months. Researchers suspect the combination of physical activity and yoga’s meditative qualities are responsible for its effects on anxiety.

Worry doesn’t have to rule your life. Get started on the path toward reduced anxiety by booking a Zeel massage, and talk to your doctor about other therapies that might be right for you. 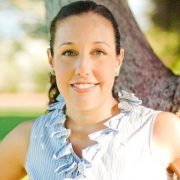 How to Incorporate Massage Into Your Marathon Training Plan

VIDEO: The Best Stretches to Relieve Stress and Anxiety