We Tried It: The Pillow Sleep App

Sleep apnea is a disorder in which your breathing is interrupted while you sleep. Though this may seem like nothing at first, sleep apnea can take a serious toll on one’s health and body. It’s estimated that 18 million Americans suffer from sleep apnea, resulting in sleep loss, fatigue, increased blood pressure, and an increased risk of a heart attack and stroke.

The National Heart, Lung, and Blood Institute recently released a warning that sleep apnea is underdiagnosed and under-addressed. What many people don’t know is that there are many long-term management solutions for sleep apnea, including sleep massage, behavioral therapy, medicine, acupressure for sleep, and even surgery.

What are the types of sleep apnea?

There are two common forms of sleep apnea, obstructive and central sleep apnea.

A study by the Department of Psychiatry and Sleep Laboratory at the Université Libre de Bruxelles found that sleep apnea is most common among men, people who snore, individuals with high blood pressure, and those who are overweight.

Due to increased inflammation in the upper airways, smokers are three times more likely to develop sleep apnea. Similarly, overweight people have a four times higher predisposition. Though the exact causes of sleep apnea are still unknown, according to the study, its prevalence increases with age.

What are the common symptoms of sleep apnea?

It’s important to note that sleep apnea symptoms extend past the night and into the morning. Day-time symptoms include:

Sleep apnea symptoms can go untreated for years, increasing health risks for patients. According to the Mayo Clinic, these health risks include an increased risk of high blood pressure, heart problems, strokes, and irregular heartbeat.

Treatment for sleep apnea depends on the severity of sleep-disordered breathing. Remedies include sleep massage, therapy (such as airway stimulation and oral appliance therapy), sleep acupressure, and in more severe cases, surgery and medicine.

Many turn to massage when battling insomnia. It relieves the abnormal muscles and signals that trigger sleep apnea. Massages combat sleep apnea and insomnia, by easing people into a state of relaxation. Massage therapy triggers specific acupressure points; the body and mind relax, thus allowing brain signals and muscle to operate smoothly.

Best of all, sleep massage is a drug-free, natural remedy for sleep apnea. It will help you get the best night’s sleep you’ve had in a long time. Worry not, it’s ok if you fall asleep during a sleep massage!

According to the Institute of Obstetrics and Gynecology at Queen Charlotte’s Hospital, white noise machine can relieve sleep apnea symptoms.

Most white noise devices offer a list of sleep sounds ranging from a fan to raindrops and waterfalls. Simply place the device close to your bed and crank up the volume as high as you need it to be. You’d be surprised how powerful these little machines can be. If you’re hesitant to invest in a white noise machine, consider downloading a white noise app on your smartphone.

From Swedish to Shiatsu, How to Prepare for Any Type of Massage at Home

White noise helps isolate all sounds standing in the way of your good night’s sleep. In addition to soothing sleep apnea-related symptoms, they can tune out street traffic, loud neighbors, animals, and even music.

Next time you wish for a serene night of sleep, consider booking a sleep massage. It will help you de-stress, manage sleep apnea symptoms, and boost your serotonin levels. Sleep apnea is a prevalent condition that has gone under-addressed for too long, take care of yourself!

Use FSA and HSA Dollars for a Medical Massage from Zeel

Sleep Music For Your Massage Or Meditation 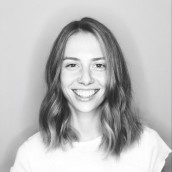 Zeel@GetZeel
3.1K Following 7.0K Followers
Low back pain got you down? Try these simple exercises! https://t.co/QcjUp61Bnz
5 days ago
1
"How is Covid-19 Different from the Common Flu?" https://t.co/Sxoo9TGoF4 #covid19 #coronavirus
7 days ago
Now's the perfect time to start these healthy habits https://t.co/htmfZPCHnd #healthyliving
1 week ago
Recent Posts
Get Zeel in your inbox
Facebook
Twitter
Instagram
Pinterest

Update Your Diet for a Better Night’s Sleep

Getting Sleep During Daylight Savings Time

Using Your FSA or HSA to Pay for Massage Therapy