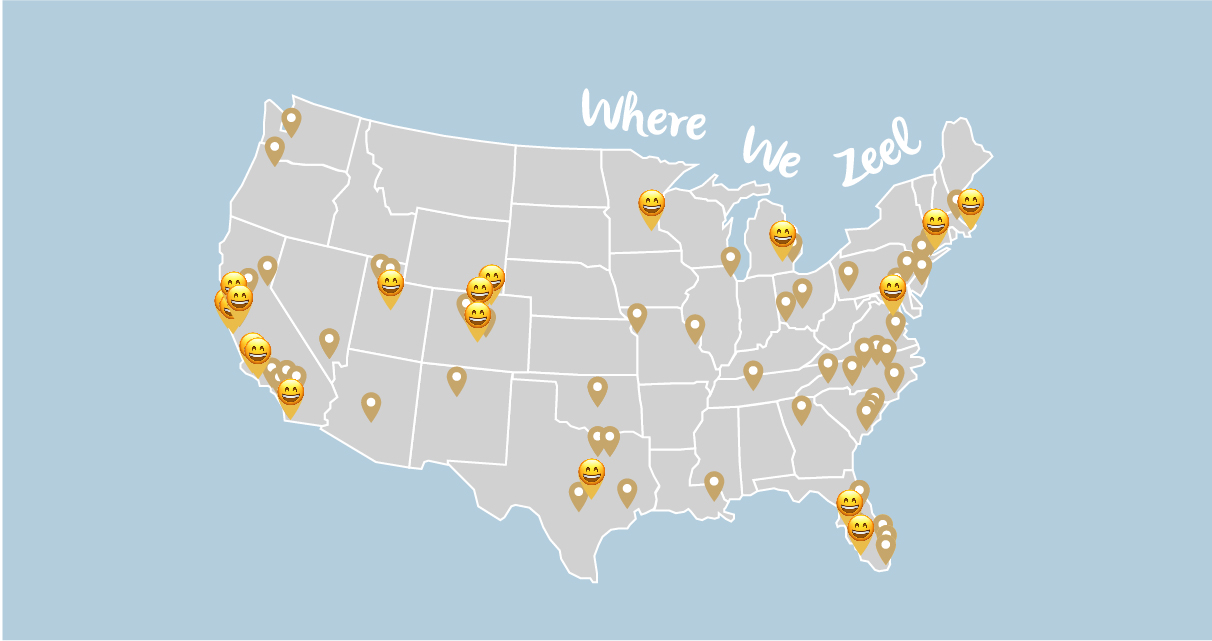 5 Odd Massage Benefits You Need to Know About

Which American cities are home to the happiest people? National Geographic announced its 2017 rankings of happiest cities in the U.S. – most of which happen to be cities where you can get an in-home massage delivered on-demand. Coincidence? We think not.

The happiest cities rankings are based on a comprehensive study that looks at “pleasure, pride, and purpose,” including specific factors such as how walkable and bikeable each city is.

“There’s a high correlation between bikeability and happiness in a city,” notes Dan Buettner, bestselling author, avid traveler and self-proclaimed “happiness planner” who worked with National Geographic and Gallup’s social scientists to compile the data.

Other surprising insights from the study include a strong correlation between the quality of water in a given city and how happy its residents are.

See the full list of happiest U.S. cities below, and read more on NatGeo.

Happiest cities in the U.S.

See a full map of Zeel cities across the U.S. here.

Zeel is One of NYC’s Fastest-Growing Companies

How Does Zeel’s Massage Membership Work