People have become far busier than they used to be thanks to technological advances. Mundane tasks are quickly accomplished with a few smartphone keystrokes, thus, allowing folks to cram more and more “stuff” into their days.

Despite an uptick in task efficiency, people seem to be more stressed than ever. That goes for the workplace too. According to the American Institute of Stress, work is the major adult stress source for Americans.

People simply aren’t taking the time to quiet their minds. One potential avenue that deserves more investigation is mindfulness. But what physical effects can mindfulness have on the brain?

Many folks have heard of the term, but how many people know exactly what mindfulness is and how can we achieve it? Psychology Today offers up three definitions.
Mindfulness is “letting go of taking things for granted.” In other words, observe and appreciate all the little things in your life as opposed to the wash-rinse-repeat of your daily routines.

Lastly, mindfulness is defined as the “self-regulation of attention with an attitude of curiosity, openness, and acceptance”. This definition is the scientific standard used when it comes to studying the practice of mindfulness.

Buddhist Meditation and the Mindfulness Practice

Mindfulness is commonly referred to as meditation. And perhaps no group is more generally associated with meditation than Buddhist monks.
According to the BBC, a professor at New York University (NYU), Zoran Josipovic, has been scanning the brains of Buddhist monks in a functional magnetic resonance imaging (fMRI) machine since 2008. The machine scans blood flow in the monks’ heads as they meditate inside the fMRI.

Dr. Josipovic is seeking to determine how the monks achieve a state of “nonduality” and “oneness” with the world as they meditate. He says that consistent meditation practice fosters a person’s attention skills. And those improved skills can potentially lead to a happier way of life.

Josipovic theorizes that as a meditator relaxes into a state of oneness, the brain’s neural networks change when the psychological walls between the person and their environments are lowered. This can lead to a deeper harmony between them and their surroundings.

A human brain functions in two different networks; the extrinsic and the intrinsic. The intrinsic network is also called the default network.

The extrinsic network functions when a person is focusing on an external task. The default network comes into play when a person is thinking about matters that involve themselves and the emotions connected to those matters. The two networks rotate between active and dormant depending on the situation.
Josipovic’s research discovered that some Buddhist monks can keep both networks active during meditation. It’s this ability that allows the monks to envelop themselves with the feeling of oneness with their environment.

The EOC Institute also reported on the scientific research at NYU involving the brains of Buddhist monks during meditation. In addition to the brain’s ability to channel a sense of oneness, the studies revealed several other fascinating results.

Brainwave patterns of the monks were more powerful. The monks also showed no signs of depression, anxiety, or addiction. Abilities, including focus, memory, learning, and consciousness, were all enhanced in the monks’ brains.

The monks’ brains were functionally and physically superior to brains of folks who don’t meditate. The conclusions drawn from the research is that it’s possible to change your brain through mediation the same way you can change your body through exercise.

Stress, especially in the workplace, is a burdensome issue for American adults. Paychex conducted a survey of over 2,000 full-time adult employees. The survey showed that 81 percent of those surveyed wish they could spend more time with their children. Almost half of the respondents – 47 percent – work non-mandatory weekends. And 52.3 percent spend anywhere from three to five days of their workweek feeling stressed.

With so many people seemingly so stressed, how can meditation and mindfulness serve to neutralize the effects of stress and other conditions that affect the brain?

Jon Kabat-Zinn first used meditation in a stress-reduction study thirty years ago at the University of Massachusetts Medical School notes the San Franciso Gate. People with chronic pain and depression practiced meditation for a six-week period.

Meditation studies performed at the Center for Investigating Healthy Minds at the University of Wisconsin-Madison showed that people who meditate regularly have more left-brain dominance. That equates to a feeling of safety and being more comfortable in social situations as opposed to being wary and fearful; traits associated with right-brain dominance.

Mindfulness and Meditation Effects on Aging

Over a three-month span, volunteers in the meditation group performed better than the control group at detecting line lengths flashed on a screen. Those volunteers also had higher levels of telomerase in their blood. Telomerase is an enzyme that repairs the shortening of chromosomes, which is linked to longevity.

Depression is a mood disorder that causes a chronic feeling of sadness accompanied by a loss of interest, according to the Mayo Clinic. It affects feelings, behavior, day-to-day living, and can even trigger suicidal thoughts.

The theory is that MBCT can help those patients experiencing depression become more aware of being in the moment while breaking the patient’s cycle of self-rumination.

Mindfhulness can also be beneficial to the addiction recovery process, according to the Hazelden Betty Ford Foundation. A person’s brain is designed to be molded by experience and practice, such as engaging in behaviors that boost addiction. That said, practicing meditation can propel the brain towards a positive path.
Meditation can help support addiction recovery in five ways.

Most addicts are seeking an escape from stressful daily life situations. Meditation allows a person to cope with being in the moment.
Stressful situations can cause self-defeating thoughts. Meditation provides a sense of calm and control.

Negative self-talk by an addict is a common and destructive activity. Meditation allows you to recognize those thoughts and focus on maintaining a positive outlook.
Addiction limits a person’s ability to connect to others in meaningful ways. Meditation allows one to build happy and healthy relationships.

Lastly, each addict’s recovery is a personal journey. Meditation allows an addict to open their minds to their own potential as they traverse the path of recovery.

Meditation and Mindfulness for Anxiety

Mediation can provide relief to those folks who suffer from social anxiety disorder per the EOC Institute through the release of endorphins that make a person feel naturally good.

It also provides a boost to the pre-frontal cortex. This area of the brain processes positive emotions. Lastly, meditation is believed to relieve anxiety, depression, and worry, thus, improving your thought process.

Many health-conscious Americans are always looking for the next big thing regarding their fitness and well-being. Some seek the latest workout craze while others search for a new super-food.
Mindfulness and meditation are certainly food for thought. 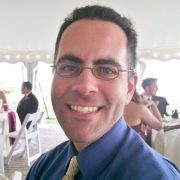 Steven Auger is a freelance writer whose specialty niches include health and fitness, family and parenting, and dental health and oral care. Auger’s work has appeared on sites such as Planet Fitness, Care.com, Family Education, Colgate and Tom's of Maine. A born and bred New Englander, Auger lives in Massachusetts with his wife, three young sons, and their dog. In his spare time he enjoys staying physically fit, traveling, and cooking. Follow him on Twitter @Corner_Cube

“Don’t ever think that just because you do thi

The Benefits of Chair Massage at Work