You probably don’t know it, but 1922 Nobel Prize for Physiology and Medicine recipient Otto Meyerhof may have played a significant role in your life. Have you ever heard that lactic acid is responsible for the burning sensation in your muscles while working out? If so, your life has echoes of his detached frog leg experiment.

But here’s the truth: Lactic acid is NOT the culprit for muscular fatigue and the burning sensation caused by vigorous muscular activity, as debunked in the 1980s. In fact, that soreness has a name you may also have heard: “DOMS” (rhymes with pom poms) or delayed onset muscle soreness. DOMS describes the sensations caused by microscopic muscular trauma sustained during exercise.

Okay, But What is Lactic Acid All About?

During exercise, your muscles need fuel. Muscles use a process called glycolysis which converts glucose into pyruvate, which is used in the citric acid cycle (also known as the Krebs cycle) to create cell energy. If there is insufficient oxygen, the pyruvate will become lactic acid, which then quickly separates into a lactate molecule and a hydrogen ion. The hydrogen escapes with your breath while the lactate molecule travels through your blood to your liver. There it undergoes a process called gluconeogenesis, which converts the lactate back into glucose.

Lactate also has other functions, such as being burned by cellular mitochondria for energy and (according to recent research) as a possible signaling hormone known as “lactormone.” More on that here.

But to sum up, lactate, which comes from lactic acid, has three functions:

So Does Massage Flush Out Lactic Acid?

In a word, no. There is no lactic acid to “flush out” during a massage, as the stuff simply doesn’t hang around in the muscles after it’s produced. Instead, it breaks down, enters the bloodstream, and is either grabbed by the liver to create glucose, used by your body to regulate pH levels, or simply exhaled.

Massage has nothing to do with these processes.

But What About My Sore Muscles? Will Massage Still Help There?

Absolutely! Massage is proven to help reduce muscle soreness and decrease the time required to recover.

How? Massage increases blood flow to the muscles. As blood aids the healing process (remember that microscopic muscular trauma?), the increased circulation to the taxed muscles will help them heal faster and stronger, decreasing recovery time—and making it less painful.

The bottom line is this: lactic acid and lactate do not accumulate in muscles unless you’re examining those of a dismembered frog, or you have a (usually serious) medical complication such as hyperlactatemia or lactic acidosis.

But exercise-induced muscle pain IS real, and fortunately massage can work wonders in giving you a break from it, whether you’re a performance athlete or simply someone who likes a good sweat. Your muscles work hard for you—give them the healing reward they need!

Book a Massage at Home 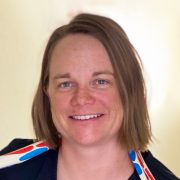 Melanie Peddle holds a MS in Mechanical Engineering and has been practicing massage since 2012. She is an instructor with Western Colorado University in its partnership with the University of Colorado, focusing on biomechanical engineering and injury, as well as applications in adaptive sports. An accomplished collegiate athlete, Melanie brings an engineer's mind to all her physiological pursuits, and a passion for the most interesting engineering challenge of all: the human body.

Sports Massage: Performance Recovery for Amateur, Pro, and Everyone in Between