How To Relieve Constipation Naturally With Massage

Unless you are a vegan or vegetarian (in which case we honor you), you’ve probably been thinking about your next trip to your favorite burger joint (hello, JG Melon 10021.) But burger lovers beware because a group of national health and wellness organizations released a new report rating the quality of meat at America’s biggest burger chains, and the results are about as scary as it gets this Halloween season.

Of the 25 burger chains surveyed, a whopping 22 received an “F”, citing their practices and policies on antibiotics in their beef products. Here’s a partial list of offenders.

Meat-lovers, despair not: the run-away winners were Shake Shack and BurgerFi . Both of whom scored an “A.”

According to Jeffrey Amoscato, a Vice President at Shake Shack, “Since the beginning, it has always been Shake Shack’s mission to Stand for Something Good, which means premium ingredients that are thoughtfully sourced from like-minded purveyors. It’s part of our DNA. Our beef, chicken, and pork are all 100% all-natural – no added hormones or antibiotics ever, vegetarian fed, humanely raised and source-verified. It’s something that’s very important to us so we’re thrilled to be recognized for our efforts.”

Below our fearless team of burger lovers look at the science behind the burger break down and show us why Danny Meyer (Shake Shack) and the folks at BurgerFi are not just “fast casual” geniuses, they’re changing the way Americans eat our best-loved meal.

The best burger chains in the U.S.

The report hinges on the fact that heavy-handed use of antibiotics in our food sources can contribute to the emergence of antibiotic resistance in our bodies.“The World Health Organization (WHO) and the Centers for Disease Control and Prevention (CDC) consider antibiotic-resistant bacteria among the top threats to global public health,” according to the report. “The CDC estimates that each year, at least 23,000 Americans die from resistant infections.” 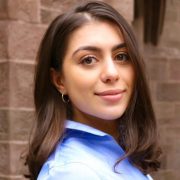 Cristina Gallotto is a masters candidate at The Fletcher School at Tufts University. Previously, she was an Associate Producer with CBS News' award-winning news show, “60 Minutes” and a writer for WCVB-TV in Boston.

Mindfulness can help with anxiety, stress, and lac

Zeel@GetZeel
3.1K Following 6.9K Followers
Happy #FourthofJuly! https://t.co/YMf1XyxIsT
1 day ago
1
Learn how to eat for better sleep. https://t.co/w19XSCfqcE https://t.co/bdbIS3y0ON
2 days ago
Practical and Simple #wellness habits to help you reach your goals while being home. https://t.co/xpzYJcAzzT
3 days ago
Get Zeel in your inbox
Facebook
Twitter
Pinterest

The Next Big Thing In Healthy Eating: Foods That Fight Inflammation