With the weight of the world on all of our shoulders, Veterans Day seems to have come and gone without the normal level of reverence or fanfare. While social media accounts paid apt, socially distanced tribute, parades and other gatherings were generally cancelled and the seemingly endless news cycle stayed mostly focused on the still contested recent election and the resurgence of a global pandemic that has now claimed almost a quarter of a million American lives. While our national focus is understandably elsewhere, there’s never been a more critical time for us to realize that the freedoms we exercise each and every day are a direct result of the selfless, heroic, and undervalued service of our nation’s men and women in uniform.

For many of us, supporting our veterans is personal. My Dad is a vet. My cousin Ben, active duty military. We all know someone who has served or someone who has sacrificed for a loved one who served. I often think about my cousin’s mother during the tours he served overseas. I don’t know how well she could have slept during those years and sometimes wonder if I’ll have the strength to support my own young sons if they choose to put their own lives at risk to protect the freedoms we all too often take for granted.

Part of what fuels my own concerns for our veterans is not the act of soldiering itself but the quality of their lives once they’ve come home. Many of the statistics are staggering. According to a report published by the United States Department of Veterans Affairs (VA) in 2016, which analyzed 55 million veterans’ records from 1979 to 2014, an average of 20 veterans die from suicide per day—three times the national average.

Many veterans have unique issues related to pain management, with two-thirds reporting they experience some form of chronic pain. As a result, our veterans are twice as likely to die from accidental painkiller overdoses (compared to civilians.) Mental health issues including PTSD and other post-combat syndromes contribute to the most shameful statistic of all, nearly 40,000 American veterans are homeless on any given night.

As we prepare as a nation for new leadership, we must commit to holding that leadership accountable for the care of more than 17 million US veterans. Like so many Americans, President-Elect Joe Biden has a very personal connection to our vets. His eldest son Beau was awarded a Bronze Star for his service in Iraq before succumbing to brain cancer in 2015. Biden has often spoken of Beau’s unwavering courage when fighting on behalf of our country and later while fighting the terrible disease, glioblastoma. As the President-Elect gathers his own troops in preparation for the Presidency, may his son’s service guide his support of the men and women to whom we all owe an incredible debt of gratitude, on Veterans Day, and every day. 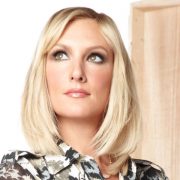 30 minutes a day of anything that raises your hear

"It’s up to you today to start making healthy ch

The inflammation your body is carrying can be redu

How Massage Can Ease the Burdens of PTSD