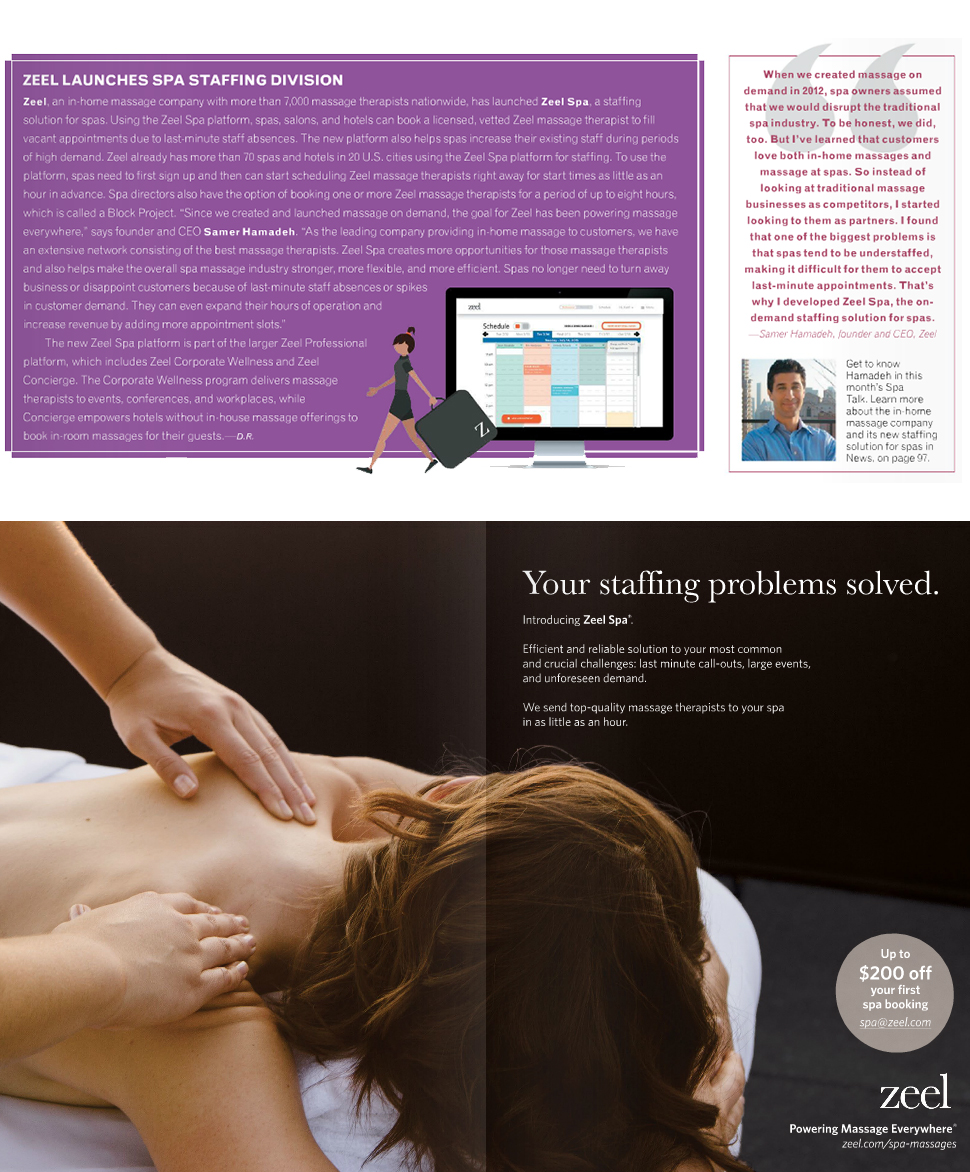 "When we created massage on demand in 2012, spa owners assumed that we would disrupt the traditional spa industry. To be honest, we did, too. But I've learned that customers love both in-home massages and massage at spas. So instead of looking at traditional massage businesses at competitors, I started looking to them as partners. I found that one of the biggest problems is that spa tend to be understaffed, making it difficult for them to accept last-minute appointments. That's why I developed Zeel Spa, the on-demand staffing solution for spas." - Samer Hamadeh, CEO, Zeel