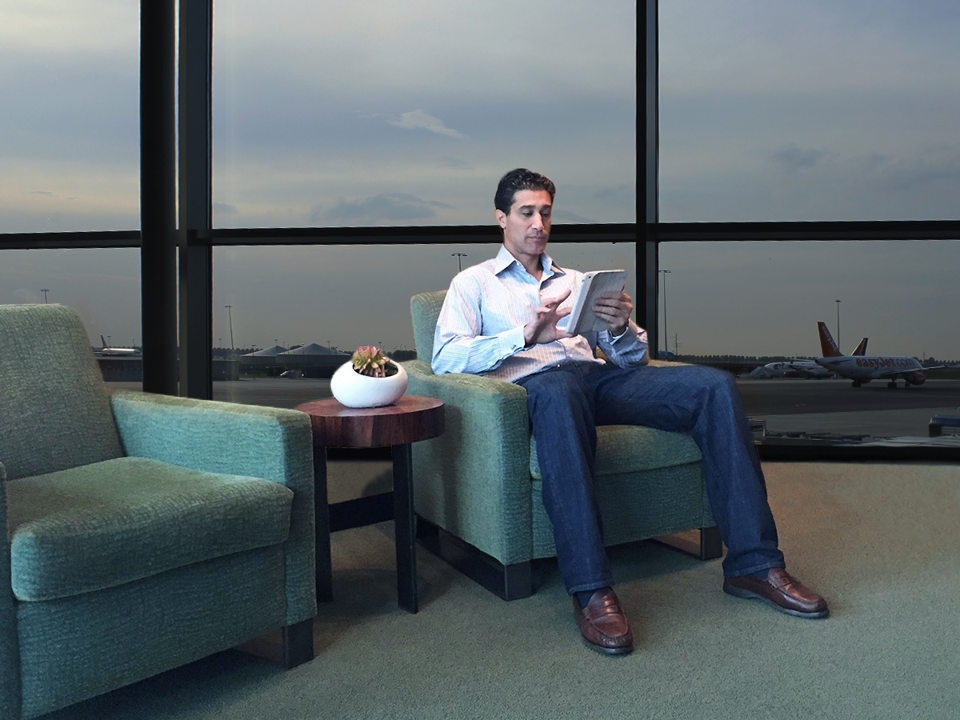 It was 2012, at cruising altitude, and nothing bothered my friend Samer Hamadeh more than bad WiFi. He was on a cross-country flight from New York to California and had planned to work the entire flight. This was the pattern of his life: maximizing each moment for productivity. As a serial entrepreneur who had already exited three companies, and now founder and CEO of a scaling start-up called Zeel, he thought it needed to be this way. Adding to the pressure on his time, he was a board member, advisor and investor in a dozen more companies and non-profits. And he had personal responsibilities as a husband and father to three young children. Samer never took time to relax, meditate or even think about mindfulness. But then the plane’s WiFi went out. And his laptop battery died. Samer hadn’t brought a book or even a magazine. It was a rare moment — five hours with nothing to do but think. For the first time in years, Samer let his mind drift. With no agenda, no pressure and no WiFi, he found solutions to problems he had struggled with for months. He finally saw the truth in his business. The company at the time offered dozens of holistic services, including acupuncture and chiropratic. But so far, people had booked around 25,000 massages on the platform, half of all its appointments. Massage was by far the most popular offering – because people could book same-day appointments. Samer had been too immersed in operational details and putting out fires to lift up his head and think strategically about whether his company had the right focus and business model. Flying across the country, with an open mind and no distractions, Samer scratched out five single-spaced pages, occasionally sharpening his pencil with a plastic knife procured from a flight attendant. By the time he landed, he had sketched out a plan for a new app offering on-demand massage with the pitch, “Press a button, get a massage.” When Samer returned home, he and his team worked furiously to transform this new vision into reality. Today, thanks to five hours of concentrated thinking and absent WiFi, Zeel is an enormous success and has expanded to 55 cities across the country.