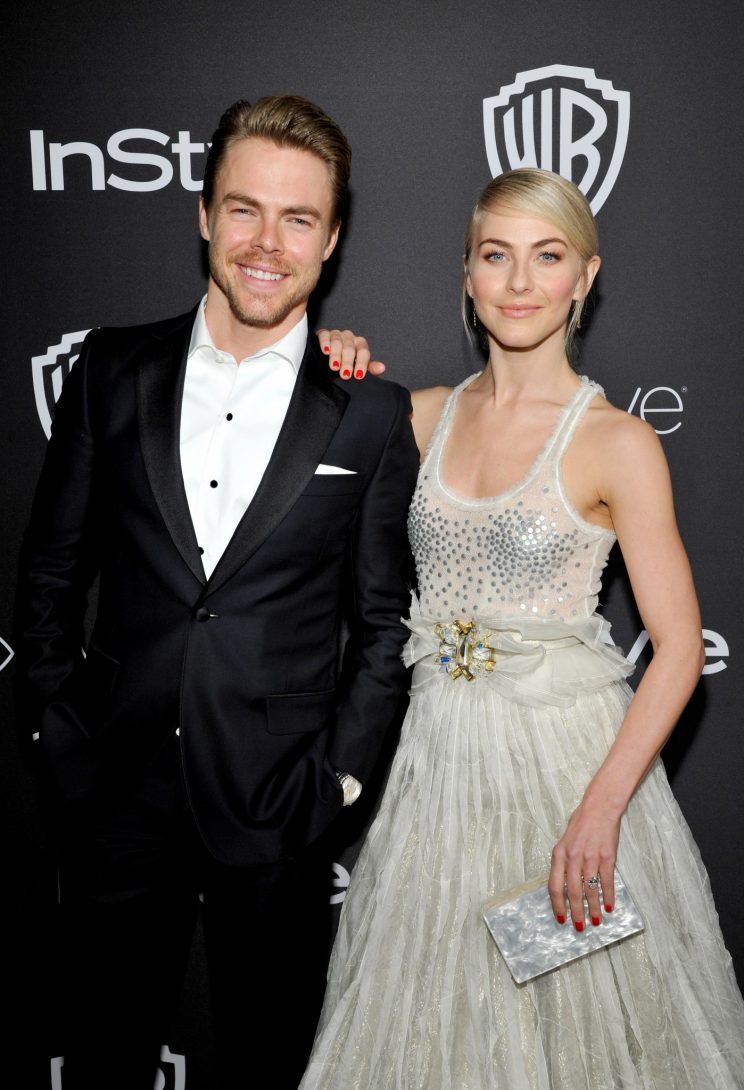 Julianne and Derek Hough’s ‘The Bachelor’ Viewing Party Gets... Weird

Julianne Hough isn’t in the market for a bachelor — she’s preparing to tie the knot — but she’s all about celebrating this season of the reality show and did so last night with her brother, Derek, and friends. Let’s just say it was The Bachelor at the next level. The Dancing With the Stars judge, 28, shared Instagram stories from her Monday night viewing party. Things started out relatively simple — a bunch of friends (including Kind Campaign co-founders Lauren Paul, wife of The Path‘s Aaron Paul, and Molly Thompson) sitting around the living room hanging out. Wine and food were being served, there were fur babies (Lexi!) and real babies, and, of course, many jokes about bachelor Nick Viall and the women vying for his love. But wait — what’s that? Massage tables? Yes, at one point, Julianne announced that “Derek went to a whole other level of The Bachelor and got two massage tables while we are doing this… The Bachelor on a whole other level!” The room was dark, but she zoomed in on the massage therapists from Zeel, who were hard at work on two people mostly covered with white sheets. “This is the best night of my life,” someone is heard saying in the background, presumably someone who was up for the next massage, to which Julianne responded, “This is the weirdest night of your life.”