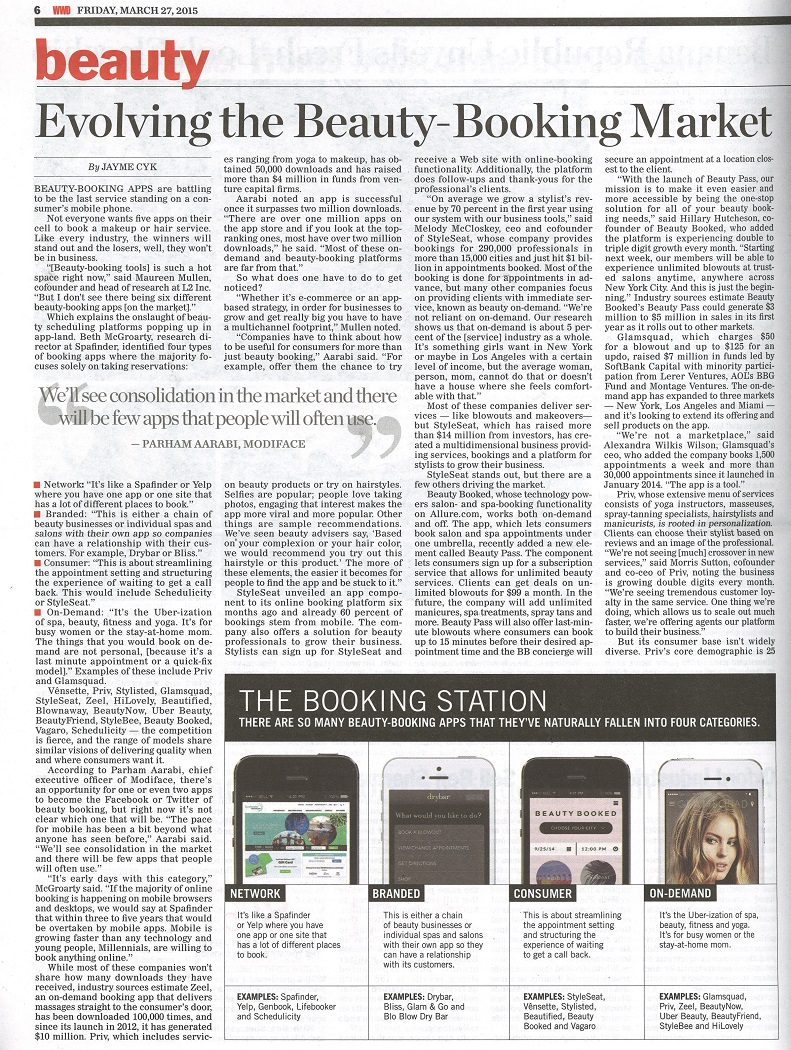 According to McGroarty, Zeel is having big success in the spa space. “That’s a fascinating model because massages can be very relaxing at home,” she noted. There aren’t many on-demand massage players, so Zeel found white space in a market inundated with hair and makeup services. Zeel’s demographic is split evenly between males and females and it is available in the New York City metro area, including Bergen County, N.J.; Fairfield County, Conn.; Westchester, Long Island; the Hamptons; South Florida, from Miami Beach to Palm Beach; the San Francisco Bay Area; Silicon Valley, and Southern California, including the greater Los Angeles area, Ventura County, Orange County and Palm Springs. Soon, Zeel will launch in San Diego and Las Vegas with more locations on the horizon. “A lot of men don’t want to go to a spa,” noted Samer Hamadeh, founder and ceo of Zeel. Despite having been downloaded 100,000 times, according to industry sources, even Zeel will need to evolve since booking is its only functionality.