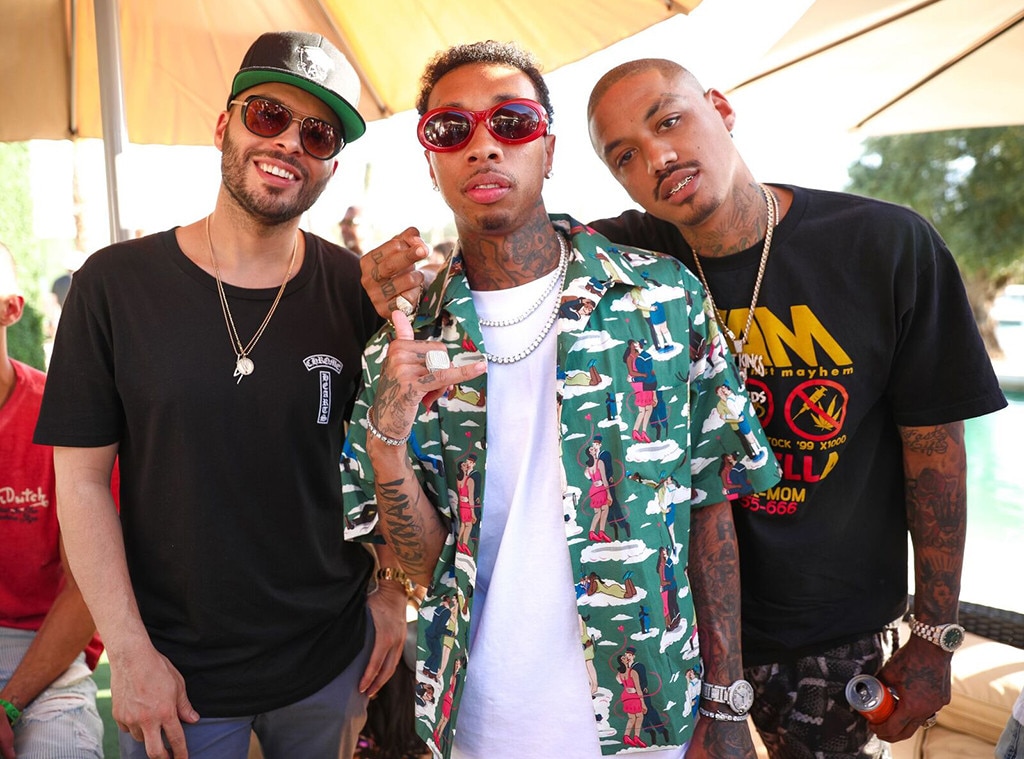 Coachella 2017 All Access: Go Inside This Year's Star-Studded Music Festival

Weekend 1, Day 1: Friday April 14, 2017: After traveling through private planes, Uber rides and even a helicopter (we see you Sofia Richie), dozens of celebrities kicked off a jam-packed weekend. Tyga partied separately from Kylie Jenner throughout the weekend. On Friday, he hit up one of the parties put on by Velocity Black x 1 OAK, which kicked off its annual Coachella soirees with an epic mega-day bash called the Up & Down Desert Beach Party, complete with resort-style beach-club vibe. Paris Hilton, Rita Ora, Chanel Iman and Shay Mitchell were just some of the "curated" crowd that was treated to Zeel App massages, beats spun by Odd Future's DJ Taco and food by Catch LA. Poppy Delevingne, Jordyn Woods, Brooklyn Beckham and Russell Simmons made sure to stop by the day party as well. Selena and The Weeknd couldn't seem to keep their hands off each other throughout the day. The two watched performances by The Head and The Heart and Travis Scott.