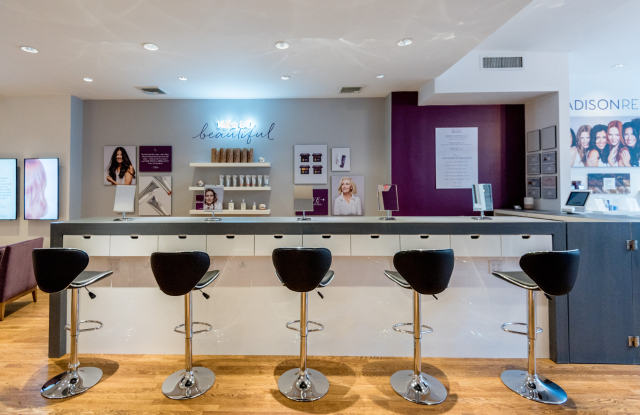 Even though Heyday, Madison Reed, BeautyRx Peel Bar and others are reliant on a brick-and-mortar business model to scale, they do share characteristics with some mobile-first, concierge players, including Zeel Massage, The Ritualist, Glamsquad, Vênsette and most recently, Colour. These mobile booking services for hair, makeup, massages, facials and nails hit the scene about five years ago and continue to be a fast-growing category in the emerging on-demand space. Glamsquad is considered the current market leader, and has raised $24 million to build an app and network of stylists that lets users book blowouts and get their makeup and nails done in their homes. The environments where the services are performed are different — Heyday is a retail operation and The Ritualist’s facials take place in-home — but the services are similar, if not the exactly the same. Both brick-and-mortar and concierge businesses are highly specialized, with the exception of Glamsquad, the broadest when it comes to the services it offers. Its menu includes hairstyling, makeup applications, manicures and nail art and soon, face masks. Pricing, for the most part, is competitive — and this includes comparing beauty bars to concierge, in-home prices as well as comparing both new models to traditional salon rates. For instance, there is just an $8.25 difference between a Drybar blowout and receiving the same service in one’s home via Glamsquad. The former charges $45 for the service, and including a 20 percent tip, comes out to $54, and the latter charges $50 for a blowout, and including a 20 percent tip and tax, comes out to $62.25. Higher priced concierge option Vênsette offers in-home blowouts for $100, as well as a VIP blowout option for $150. The same service in a traditional salon is priced similarly, where blowouts often start at about $40 to $45 and can go up to over $100 if performed by a senior stylist. A 60-minute, Swedish in-home message with Zeel costs $130, and including an 18 percent tip and tax, comes out to $159.25. Comparatively, Exhale Spa charges $140 to $155 for its 60-minute massages and Bliss $160 for its Blissage 75 full-body massage. If you compare cost per minute, this means that an hour at Bliss costs $128, only two dollars less than what Zeel commands for its in-home service.