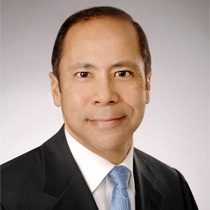 Now an active member of that academy, Dr. Echavez relies on his experience and training to train other physicians in cosmetic procedures. Dr. Echavez publishes and lectures nationally, and has also been featured and interviewed in numerous Bay Area media outlets, including radio, television, and print.

In his free time, Dr. Echavez volunteers as a consultant for the Haight Ashbury Free Medical Clinics.

American Board of Otolaryngology