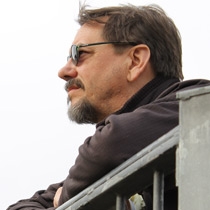 Robert Palermo first participated in acupuncture treatment for smoking cessation. He was so impressed with the results that he began studying Traditional Chinese Medicine and is now an expert in Japanese-style acupuncture and moxibustion with a flourishing practice in Denver, Colo.

Robert says that, at first, his clients often wonder why he doesn’t spend a lot of time discussing their various symptoms. He explains that from the viewpoint of Oriental medicine, the body became ill because it lost its homeostasis or its immunity and became vulnerable to disease. “Therefore, my primary emphasis is to treat what acupuncture theory refers to as the “root,” meaning the cause in the body that brought about the initial immune weakness,” Robert says. “I will also provide some treatment focusing on the “branch” or the symptom. Treating the symptoms alone will eliminate them, but will leave the body open to other pathogenic influences, which will invariably begin to arise.”

Using the example of the Canadian thistle, Robert illustrates his practice philosophy. He maintains that though the main branch of the plant may be visible, it’s impossible to see the many shoots underground. “If we pull one weed, we still have all the others to contend with,” he says. “However, if we strengthen the soil and build a full, healthy garden, the plants will crowd out the weeds. The same is true of our bodies. Although the symptoms of the disease may be gone, a weak immune system or a body that is out of balance allows other problems to arise.”

In his practice, Robert is committed to helping his clients achieve a balance that will not only cure their symptoms but also discourage them from redeveloping in the future. He encourages his clients to aim for “optimal” health, which he describes as: “Dietary and lifestyle changes along with acupuncture and herbs that will bring about the most rapid, dramatic and successful changes. If these dietary and lifestyle changes are maintained, the body stays in relative balance with little outside assistance.”